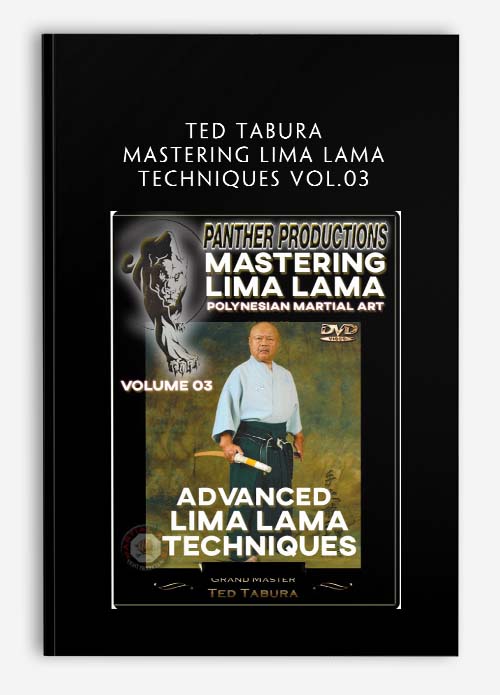 Born and raised in Hawaii, Shihan Tabura began his martial arts training under the tutelage of his cousin in a backyard dojo.

While training at the Okinawa-te dojo, Tabura met John Louis (deceased), who became his last instructor at Okinawa-te, later Lima Lama. Sensei Louis ranked Tabura as a black belt in 1968.

Shihan Tabura was nicknamed “The Sickle Man” by Sijo Adriano Emperado, founder of Kajukenbo, for his expertise in using the Japanese kama (scythes). That nickname stuck with Shihan Tabura for many years.

He was one of the highest ranks in the world in the arts of Okinawa Te and Lima Lama.
He passed away on August 12, 2013 at his home in Gardena, California. 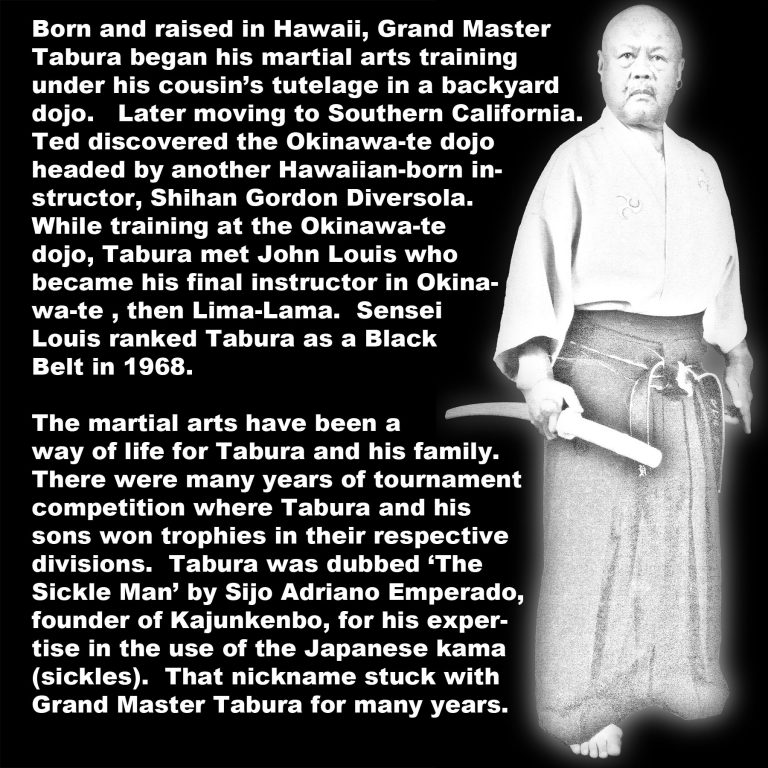